The Newman Association is a national organisation whose members meet regularly in local “circles” to discuss and develop their understanding of the Christian faith. Most of us are (Roman) Catholic, but Christians of other traditions are warmly welcome as Associate Members. The Association was founded in 1942, with a formal constitution registered in 1947. The original aim was to answer the needs of Catholic graduates, but the Association is now open to all Christians who seek to promote the aim of an educated laity. The Association takes its name from Cardinal St. John Henry Newman, who “wanted a laity, not arrogant, not rash in speech, not disputatious, but men who know their religion, who enter into it, who know just where they stand, who know what they hold and what they do not, who know their creed so well that they can give an account of it, who know so much of history that they can defend it. I want an intelligent, well-instructed laity…”. (The Present Position of Catholics in England, 1851)

We hope that by promoting a reasoned expression of our faith and stimulating ‘action for change’, we can make an important contribution to the Church.

As well as its local Circle meetings, the Association organises national conferences and events, and produces a thrice yearly publication called The Newman. We are affiliated with other Catholic organisations including Pax Romana, the National Council of Lay Associations and the National Board for Catholic Women.

Every few years a Newman Pilgrimage is organised for members; this combines spiritual, cultural and social dimensions. There have been pilgrimages following St Paul’s journeys, to Santiago de Compostela, to Damascus, and most recently to Rome, focusing on early Church history.

Meetings are held in Cathedral Hall, Middlesbrough TS8 0TW with Tea/Coffee from 7.30pm and the talk starting at 7.45pm. They usually consist of six open speaker meetings between September and April; plus any other meetings/events that may occur.

The Tyneside Newman Circle meets at St. Mary’s Church Hall in Cullercoats, North Shields. They hold a number of talks though the year with a variety of distinguished speakers. Talks usually start in the Church Hall at 7.30pm and are held on a Wednesday.

New members are welcome. You do not have to be a member to attend their talks and all are welcome. 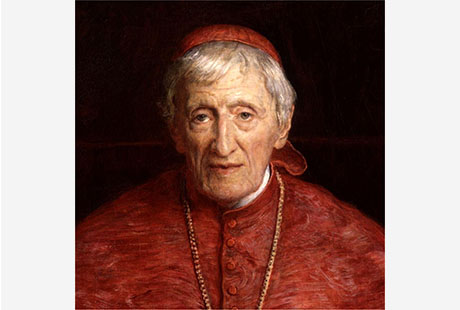 Visit Website
We use cookies on our website to give you the most relevant experience by remembering your preferences and repeat visits. By clicking “Accept All”, you consent to the use of ALL the cookies. However, you may visit "Cookie Settings" to provide a controlled consent.
Cookie SettingsAccept All
Manage consent