Chaplains are appointed by the Church and work beyond its walls in all kinds of places. Some are paid and ordained, but many are voluntary and lay offering their time, skills and experience to support and bless people in their ordinary, everyday working lives.

St Martin of Tours (316 – 397 AD), whose feast day is on 11 November, is often credited as the founder of Christian chaplaincy. St Martin was a Roman Army officer who encountered a destitute man near the gates of Amiens and cut his army cloak (capella) in half and became known as the ‘first capellainor chaplain’. Following his ordination, St Martin was commissioned to work away from the main church building in places where people were in special need. Buildings created for this special work were known as chapels.

Today, amongst many other places, there are chaplains ministering:

• in hospitals and hospices;
• alongside the elderly;
• in a variety of workplaces;
• in prisons;
• with the armed forces and cadets;
• in shopping centres and town centres;
• in schools and universities;
• in ports (Stella Maris, Mission to Seafarers and the Fishermen’s Mission and at Newcastle International Airport;
• with the emergency services
• and many more!

Fr Paul McCourt is a priest of the Diocese of Hexham and Newcastle, ordained in 1990 after studies at St Cuthbert’s College, Ushaw. After 10 years of solely parish ministry, he was approached to take up a part-time appointment with the Army as a Chaplain to Durham Army Cadet Force, before transferring as a Reserve Chaplain to a Field Hospital Unit in 2003 where he remained until 2013, completing a tour of Afghanistan in 2012.

A year with an infantry regiment led him to being appointed a full-time position as a regular Army Chaplain in 2014, thus leaving being a Parish Priest and the Diocese that had been home for 24 years. He moved to Colchester to the Army’s specialist Air Assault Brigade, before taking up the role of Catholic Chaplain to the Royal Military Academy, Sandhurst in December 2016. By 2018 a return to the Infantry preceded his current appointment with the Cavalry Regiment, The Light Dragoons and Operation Newcombe in Mali.

Forces Chaplains serve in the Royal Navy, British Army and the Royal Air Force in military communities on land, on ships and on submarines. Chaplains offer ministry in a range of contexts and provide pastoral care ministry and counselling to forces personnel and their families including new recruits, and to personnel around the United Kingdom and overseas. Forces chaplains normally represent a specific religion or faith group but work with military personnel of all faiths/beliefs and none.

Life and ministry as a Forces Chaplain is varied and challenging; it involves using and developing ministerial skills as pastor, worship leader and educator alongside offering moral guidance as a military professional. As spiritual leaders, chaplains are relied upon for faith and personal guidance. The experiences and opportunities are both demanding and rewarding. 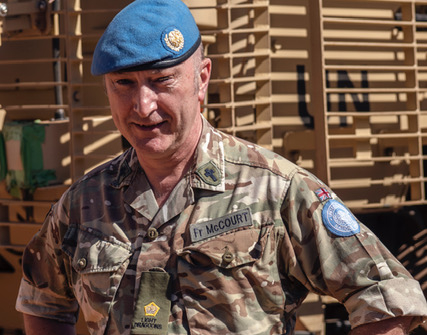 Chaplain to the Forces

Other chaplains are involved supporting their local cadet organisiations. With over 80,000 young people aged 12 – 18 involved in the Cadet Forces they represent the largest youth engagement organisation in the UK. 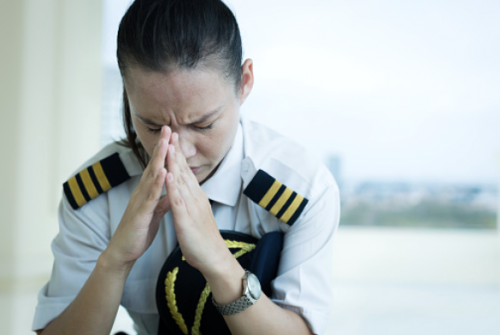 Hospital Chaplains provide a listening ear, emotional support and spiritual nourishment to patients, their relatives and friends, and hospital employees – the Chaplaincy service is recognised as part of whole patient care but it is equally important that staff are supported too.

Regardless of denomination chaplains are available for all people. There are often difficult, distressing and painful situations to be faced within the hospital setting, and with or without faith many situations cannot be changed, but if people feel that they have been treated sensitively and individually in those situations then maybe the love and grace of God can be experienced.

Find out more about Hospital Chaplains within the Diocese below: 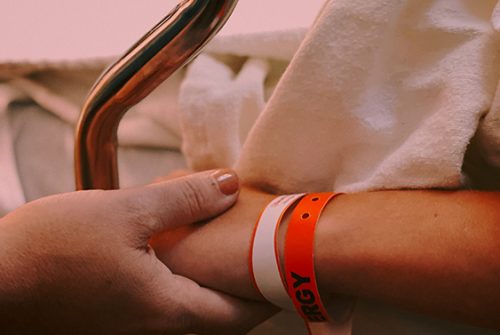 Chaplain: to be advised (please call reception and ask for on–call chaplain)

Stella Maris (formerly known as Apostleship of the Sea)

Stella Maris was founded in Glasgow in 1920 by a group of Catholic men and women with the founding belief that every seafarer deserves fair working conditions and respect for their human rights. It is a Catholic charity supporting seafarers, fishers and their families in the UK and around the world.  It is the largest ship-visiting network in the world and they work to improve the lives of seafarers and fishers through their network of local chaplains and seafarer centres, expert information, advocacy, and spiritual support.

Seafarers often have to work away from their families and local communities for nine to 12 months at a time.  Across the world, Stella Maris aims to provide a ‘friend in every port’ and to stand alongside seafarers and fishers to ensure their rights are upheld. For 100 years they’ve been extending the hand of friendship and welcoming seafarers and fishers to our shores. 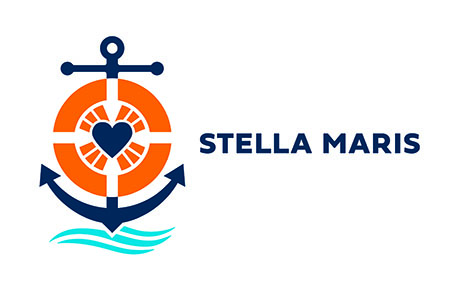 Prison Chaplaincies offer spiritual and emotional support for prisoners, and help with some aspects of prisoner rehabilitation. Prisoners often have limited opportunities to spend time outside their cells in meaningful activities, so Chaplaincy services can be a lifeline in providing spiritual nourishment.

The teaching of the Catholic Church points to the importance of religious ministry in prison. Similarly the government’s rules and expectations of prison life are that religion has a legitimate place in the lives of prisoners. For people of faith serving prison sentences, the acknowledgement of their spiritual needs, access to church services and opportunities for prayer and the deepening of their faith are vital elements in their welfare and rehabilitation.

As well as spiritual support, chaplains and chaplaincy volunteers provide pastoral care and are available to talk things through or just listen. As well as offering practical and personal support chaplains, amongst other things, can help with maintaining contact with families, emotional support in times of family bereavement, preparation for release, including connecting them to Catholic communities outside the prison if requested – this care and support is valued by many prisoners.

Find out more about Prison Chaplains within the Diocese below: 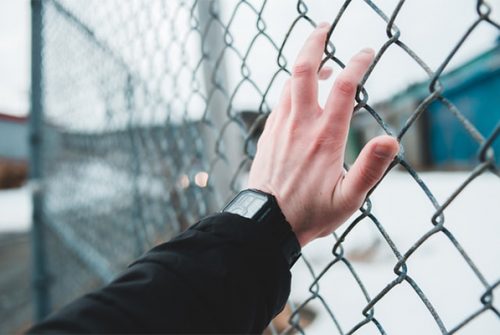 Her Majesty’s Prison and Probation Services

School Chaplains are called to be witnesses of the love and care of God and his Church for the school community. Our Catholic schools are a fundamental part of the mission of the Church and the vision of Chaplaincy held by the school must be rooted in Gospel values. The ministry of the Chaplain demands that he or she is a catalyst for action and reflection and will both enthuse and challenge the whole community to respond to God’s call to discipleship in a Catholic context. This is achieved by the witness of the Chaplain’s own life and also by his or her involvement in the spiritual, liturgical and pastoral life of the school and by being available to all members of the school community.

School Chaplaincy is a ministry of the Catholic Church, and those who work in it require a mandate from the Diocesan Bishop. School Chaplaincy personnel are appointed by, and are employees of the Governing Body. In the school, they work with the Headteacher and are ordinarily accountable to him/her. In their work, they are guided by the policies and decisions of the Governors and the Senior Management Team. However, their fundamental mandate comes from the Church and they are in this sense ‘ministers of the Church’. 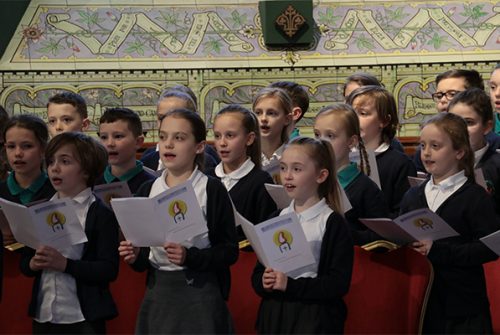 Chaplains offer a provision of welfare and pastoral support to both employees and students within a university setting – providing a listening ear and offering support around a range of issues.

For young people who may be studying away from their family unit. for the first time, university can be a time in life that raises questions about identity, belief, and personal values. Chaplains are available to help people tackle these big questions. They are also available to encourage those of faith and those looking to learn about faith to go deeper in their spiritual journey.

Northumbrian Industrial Mission (NIM) has operated as an ecumenical charity working in North East England for over 50 years. Its chaplains come from a range of working backgrounds and include lay and ordained chaplains. The role of the chaplain is to be ‘alongside’ people, of all faiths & beliefs or none, providing an independent and confidential ‘listening ear’ for employees and employers, as they cope with the increasing challenges of their day to day working and family lives.

Many people have found that talking over their concerns (and joys), with someone they trust can give them a different perspective. It can also provide the specific encouragement or timely support needed – often stopping a problem from becoming more serious. Chaplains will also signpost to other professional organisations.

The majority of our chaplains are volunteers who give their time, skills and commitment to show ‘loving care’ – often in very practical ways, for their neighbours and the wider community beyond the walls of Church. NIM’s chaplains visit a variety of workplaces from Metrocentre, Government Offices, manufacturing, and emergency services to supporting veterinary practices and Hexham Mart, amongst others.

Our monthly reflections are shared on the Diocesan news page

The first known Airport Chapel was opened in 1951 at Boston’s Logan International Airport under the direction of Cardinal Cushing. Other chapels opened soon after and in 1961 Father Xavier de Meeus of Brussels thought it would be a good idea to get other airport chaplains together and in 1967 ten Catholic priests met in Brussels. In 1969 the decision was made to invite Non Roman Catholic chaplains and in 1984 it was decided to adopt a basic constitution and a formal name – the INTERNATIONAL ASSOCIATION OF CIVIL AVIATION CHAPLAINS.

Just as Orville & Wilbur Wright could never have imagined how their invention would develop to carry the many thousands of passengers, which it does these days, we suspect that Father Xavier de Meeus never in his wildest dreams thought that he was founding such a world-encompassing organisation.   How true it is to say that “mighty oaks from little acorns grow!”

The Pope has said that airport chaplaincy is called to be a place of unity in diversity: “The airport is cosmopolitan, multi-ethnic and multi-religious, and you, chaplains and chaplaincy members, are immersed in the life of this unique community”.

For further information about NIM, or if you are interested in becoming a workplace chaplain, please visit NIM’s website.