On Monday 4 February 2019, Pope Francis announced that Bishop Byrne would serve as the fourteenth Bishop of Hexham and Newcastle succeeding the Rt. Rev. Séamus Cunningham.

His Episcopal Installation was celebrated by the Most Rev. Malcolm McMahon, Archbishop of Liverpool on Monday 25 March 2019, the Feast of the Annunciation, at the Cathedral Church of St. Mary’s in Newcastle upon Tyne.

Born in Manchester in September 1956, Bishop Byrne entered Birmingham Oratory in 1980 and was ordained to the priesthood in January 1985.

In 2012, Bishop Byrne was appointed Secretary to the Bishops’ Conference Department of Dialogue and Unity having served as a prison chaplain for over 35 years.

Bishop Byrne was Ordained an Auxiliary Bishop for the Archdiocese of Birmingham in St. Chad’s Cathedral on Tuesday 13 May 2014. 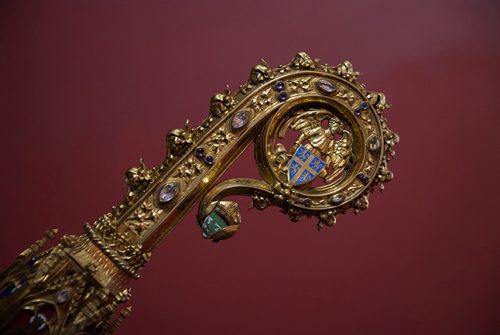 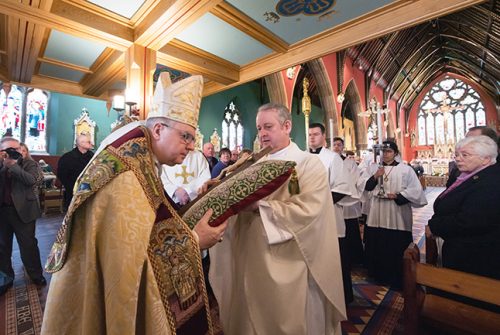 On Monday 25 March 2019, the Feast of the Annunciation, at the Cathedral Church of St. Mary’s in Newcastle upon Tyne, Bishop Robert Byrne, CO, was installed as the fourteenth Bishop of Hexham and Newcastle.

Find out more about the former Bishops of the Diocese of Hexham and Newcastle.

Visit the page
We use cookies on our website to give you the most relevant experience by remembering your preferences and repeat visits. By clicking “Accept All”, you consent to the use of ALL the cookies. However, you may visit "Cookie Settings" to provide a controlled consent.
Cookie SettingsAccept All
Manage consent