Missio is very excited for the upcoming beatification of one of our founders, Venerable Pauline Jaricot, on 22 May 2022 in Lyon, France. This will be a day of prayer and celebration for the global Missio family, and the whole Church.

Born in 1799, Pauline Jaricot was a remarkable young lay woman with formidable faith. Through her resolution and strong beliefs, she founded Missio’s Association for the Propagation of the Faith (APF) aged just 23 years, which makes her one of Missio’s founders.

The England and Wales branch of the APF was formed in 1825 and Pauline’s legacy continues here today through the Red Box scheme, which is a partnership between Missio and the Mill Hill Missionaries.

The journey to Sainthood

Pauline Jaricot was recognised as Venerable, meaning that it was recognised that she lived a virtuous life, in 1963 by Pope John XXIII. Beatification is the second major stage. For this step, a miracle through the candidate’s intercession must be recognised. In Pauline’s case a diocesan enquiry occurred in 2019, where a medical board validated the miracle of healing, and the theological commission certified the intervention of Pauline Jaricot in the full recovery of little Mayline, a three-and-a-half-year-old girl from Lyon, who in 2012, after choking on food had suffocated. Unable to resuscitate her, doctors explained that she was ‘brain dead’. Mayline’s miracle has led to Pauline Jaricot’s Beatification. For the final step, Canonisation, a second miracle will need to be recognised.

Because Pauline Jaricot is such an important figure in the global Missio family, celebrations, masses and events will be happening around the world to mark her beatification, which coincides with the 200th anniversary of the APF.

Click on the button opposite to read the full Missio Press Release. 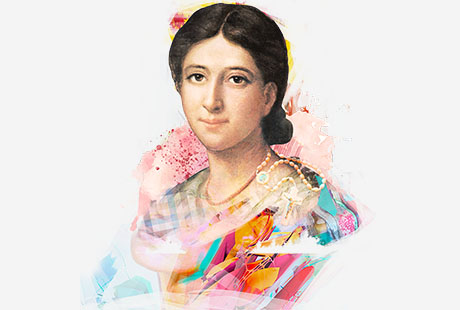 Download Here
We use cookies on our website to give you the most relevant experience by remembering your preferences and repeat visits. By clicking “Accept All”, you consent to the use of ALL the cookies. However, you may visit "Cookie Settings" to provide a controlled consent.
Cookie SettingsAccept All
Manage consent