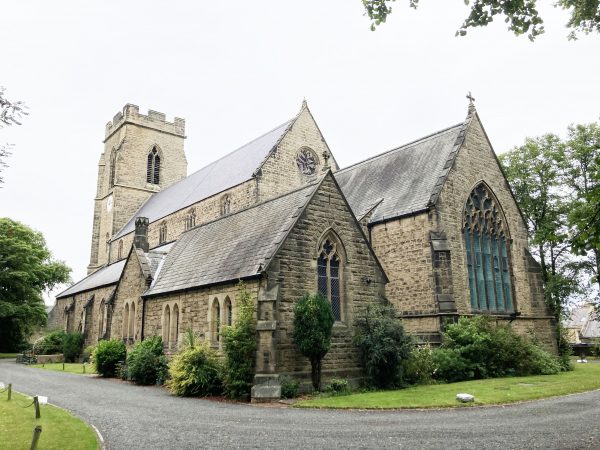 St. Paul’s Church in Alnwick has received grant funding amounting to £133,976 for the much needed repairs to the building’s roof. The parish has been awarded £117, 976 from the Catholic Bishop’s Conference of England and Wales. St. Paul’s is one of the 17 sites funded by the Catholic Bishops’ Conference of England and Wales, which received £2.9million from Historic England for urgent repair programmes under the second round of funding via the Heritage Stimulus Fund. Further to this, St. Paul’s received £5,000 from Northumbria Historic Churches Trust, £3,500 from National Churches Trust and £7,500 from Wolfson Foundation.

The roofs over the sanctuary, side chapels and north porch have been in poor condition and leaking for some time. The parish have been raising money for the roof repair fund with events and donations from local people and businesses for several years, but with the cost approaching £150,000 (not including VAT) and the effects of the pandemic, there was little hope of being able to do the work without significant grant funding.

The church, designed for the third Duke of Northumberland by Anthony Salvin, who was responsible for significant restoration work to Alnwick and Warkworth castles as well as designing new country houses and 38 churches including St. Paul’s. Completed in 1846 it was built to increase capacity for the Anglican Church in Alnwick. It was acquired by the Diocese of Hexham and Newcastle in the 1980’s as their existing church was insufficient to accommodate the growing congregation and internal reordering was carried out by Ashington born Architect, Jack Lynn. The re-ordering was to accommodate the modern catholic liturgy and involved introduction of a new forward altar and a Lady Chapel. Salvin’s original font was moved from mid-nave to the north side and his original pews remain in place.

The church is important historically for its place in the nineteenth century expansion of Alnwick, supported by the third Duke of Northumberland whose fine cenotaph by J E Carew remains in the north chancel chapel. It is an important landmark; the tower is visible from a number of approaches to Alnwick and appears to be the main church as the medieval church tower is low and barely seen.

The clock is also currently being repaired thanks to a bequest; this should be popular with the neighbours as it will be possible to silence the chimes during the night once the work is complete.

Canon Stephen Watson, Parish Priest of Alnwick is delighted with the news, saying ‘The fundraising efforts of the parish community plus the generous allocation of grant funding stands the parish in good stead for many years to come. Our building is not just for the worshipping Catholic community here in Alnwick, but is also used and enjoyed by the wider community for various celebrations, both cultural and civic’