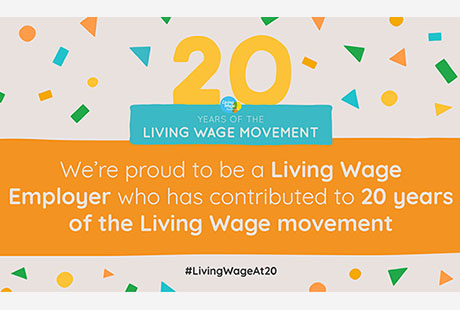 Hosted by the Living Wage Foundation and Tyneside Cinema, which has recently become accredited as a Living Wage Employer, we present a morning exploring what committing to the real Living Wage means for arts and culture organisations. Inviting others who have committed to become Living Wage Employers, arts and culture organisations from across the North East, and those interested in the issues and lived realties raised by the campaign, this event will explore the status of the campaign for a Living Wage specifically within the culture sector, the business case and challenges it offers, impacts on staff, and crucially the role of the Living Wage in creating a happy, positive and productive work culture.

Looking at the impact of the Living Wage for organisations both internally and externally, how this relates to the notion of organisational values within cultural organisations, and what role the Living Wage can play in a wider drive to create happy, motivated workplaces, this event will comprise of a casual welcome over breakfast in the Tyneside Cinema’s Electra screen, some short speeches and an update on the status of the campaign for a Living Wage, before a discussion around the event’s central theme, as well as an opportunity to ask questions. Reflecting on and contextualising our conversation around what it means to create a positive work culture, and to strike what we hope is a hopeful note for the future, we then invite all attendees to join us for a special screening of a comedy about what an unhappy, demotivated workplace could look like, as we screen Mike Judge’s 1999 classic, Office Space.