George Errington was born in the Hirst area of what is now Ashington, Northumberland around 1553. His family was originally from the Stagshaw area of Hexham. He studied at Trinity College, Oxford. He was a close associate of St John Boste who ran an underground movement with its headquarters in the home of Ursula Taylor of South Shields. This movement aimed to smuggle candidates for the priesthood abroad and, once trained, to return them as priests.

George was first arrested on Tyneside in 1585 and taken to the Tower of London. He was accused of taking a young candidate for the priesthood to Newcastle Quayside where a French ship was waiting.

George refused to conform to the Church of England, professing his Catholic faith. He was released on bail in February, 1586. He was arrested again in May, 1591 and escaped from York Castle in December 1591.

George was arrested a third time at the end of the 1593. He and two others were betrayed by a Protestant clergyman, imprisoned with them, who stated that he wished to become a Catholic. A priest was contacted for him. The clergyman then reported George, William King and William Gibson to the authorities. They were convicted of “persuading to Popery”.

Every effort was made to get George and the others to renounce their faith, unsuccessfully. They were martyred by being hung, drawn and quartered at York on 29 November 1596.

John Ingram was born at Stoke Edith, Herefordshire. While a student at Oxford he was reconciled or converted to Catholicism and soon after left England to study for the Priesthood under Cardinal William Allen.

Following his Ordination in Rome, he spent some time in Europe before leaving for the English Mission. Bad weather forced his ship off course and he was eventually put ashore near Dunbar. It was in this Border region that he ministered.

Following an outcry in Scotland against Catholics he was forced to flee across the Border into England. He rested for some five hours at Wark, near Berwick, before attempting to return to his mission. It was while crossing the Tweed at Norham, near Berwick, that he was arrested.

From Berwick he was sent to Newcastle, then to York and eventually to the Tower of London for examination by Richard Topcliffe. He suffered grievous torture while in the Tower, yet steadfastly refused to betray his friends and associates.

From London he was sent to Durham to stand trial with two other Martyrs, St John Boste and Blessed George Swallowell.

All three were convicted and condemned to be hanged, drawn and quartered. St John Boste was executed that same day (24 July) in Durham, Blessed George Swallowell in Darlington on Monday 29 July.

Blessed John Ingram was executed at Gateshead on Friday 26 July 1594 at a gallows near where is now the church of the Holy Trinity. He was only 29 years of age.

His last words to the people assembled to see him suffer were “I take God and His Holy Angels to the record that I die only for the Holy Catholic Faith and Religion, and do rejoice and thank God with all my heart that He made me worthy to testify my faith therein by the spending of my blood in this manner.” 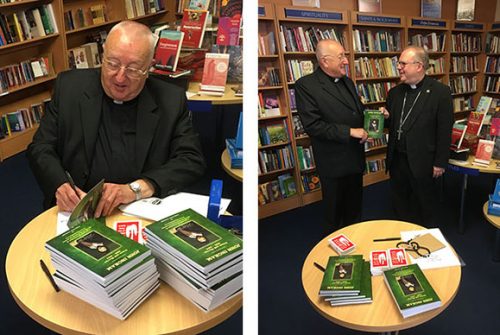 Blessed Thomas Percy was the son of Thomas Percy Senior, who also was executed in 1537 for his adherence to the Catholic Religion.

During these troubled times religious wars, persecutions and uprisings were never far away and depending on who was on the throne, Catholics or Protestants were persecuted.

In the reign of Queen Mary, Thomas Percy Junior regained his ancestral title and lands and was made governor of Prudhoe Castle.

However under the next regent, Queen Elizabeth 1, anti–Catholic measures were put in place and eventually Thomas decided to join a plot to restore Mary Queen of Scots to the throne. This plot failed and Thomas was beheaded in York in 1572. His feast day is celebrated in our Diocese on 14 November.

The third ‘Lamesley Martyr’, Blessed John Talbot, was born at Thornton–le–Street in North Yorkshire. He had already been persecuted for his adherence to the Catholic faith, having been convicted of recusancy in 1588.

The regime of punishments, taxes and confiscation of property he had to endure on a daily basis was a severe test of his faith and loyalty.

John Talbot was present at prayer with Thomas Palaser, John Norton and several companions at house in Lamesley, Gateshead when arrested in 1600. John Talbot tried to prevent the arrest of Fr Palaser.

John Talbot was imprisoned and executed on Wednesday 9 August 1600 at the gallows site in Durham on the crest of the hill at the north side of Durham City.